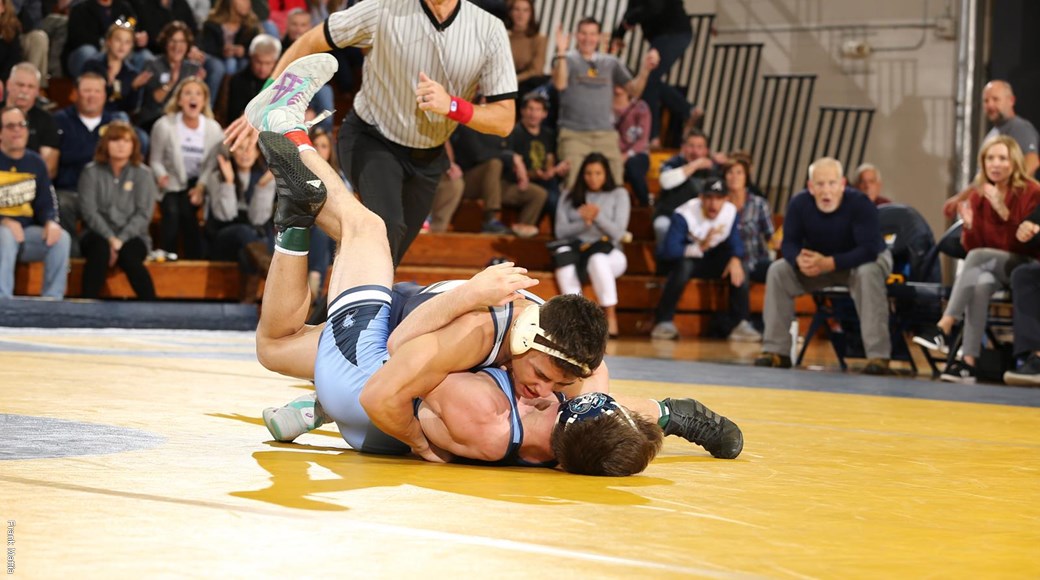 The University of Tennessee at Chattanooga wrestling team hits the road this weekend for the Wolfpack Wrestling Club Open in Raleigh, N.C.  Competition takes place on Sunday, Nov. 18, at Carmichael Gym on the campus of North Carolina State University.

This is an independent tournament run by the Wolfpack Wrestling Club.  Competition begins at 9:00 a.m. with full coverage available on FloWrestling.org.

The Mocs are no strangers to the Wolfpack Open and return to the event as a full squad for the first time since 2015.

WEIGHT-BY-WEIGHT NOTES
125: Senior Alonzo Allen is the returning starter and defending SoCon Champion at 125, but he lost in the finals of the Hokie Open to sophomore teammate Fabian Gutierrez.  Gutierrez is off to a 5-0 start to the season, including a major decision against North Carolina.  Allen went 0-2 at the Wolfpack Open as a freshman.

141:  Junior Chris Debien or freshman Davion Fairley will go at 141.  Debien was 2-2 in the Open division where he lost to UNC’s Headlee (8-3).  He avenged that defeat with a 10-5 in the dual last weekend.  Debein placed second at the Wolfpack open at 133 as a true freshman in 2015.  Fairley is 5-1 last weekend with a fifth place showing in the Fr/So bracket at the Hokie Open.  Freshman Aiden Murphy (3-2) is also coming off a sixth place finish in the Fr/So at the Hokie Open.

149:  Senior Zach Shareef (0-2) and freshmen Tanner Smith (2-3) and Mason Wallace (5-1) are competing at 149.  Smith transferred to UTC from Eastern Michigan where he was 17-0 as an unattached redshirt last year.  Wallace finished fifth in the underclassmen competition at the Hokie Open.

165:  Freshman Drew Nicholson is 1-3 with his win coming at the Hokie Open.

174:  Freshman Hunter Fortner did not wrestle at the Hokie Open and dropped his first match to UNC last weekend.

184:Dominic Lampe is back in the lineup after missing the last two seasons of competition.  He redshirted in 2016-17 and was out last year with an injury.  He is 2-2 overall.  Lampe finished second at 165 at the Wolfpack Open as a freshman in 2015.

197:  Senior Rodney Jones placed sixth at the Hokie Open, and is 3-3 overall. Junior Ben Stacey is also in the lineup after going 3-1 to finish third in the Fr/So bracket at the Hokie Open.